Why I’m Looking Forward to Exciting Times Ahead 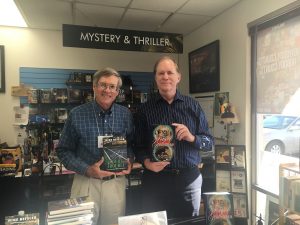 Exciting Times Ahead! But first…

My first book signing took place at Mystery Ink in Huntington Beach, California, on September 10th. My first impression of the bookstore was quite positive. I found the bookstore very charming and intimate. In an adjoining room, hors d’oeuvres and drinks were served to the guests. A table had been set up for both authors (myself and Mike Befeler, a mystery writer). Inside the open space, there was just enough room for three rows of chairs, four chairs per row. As the clock struck 4 p.m.– the starting time for the book signing–only four people had arrived. We waited a few minutes and a few more entered. Mike began his presentation. Fifteen minutes later, it was my turn—and now, every seat, but one, was filled.

I really liked the intimate setting. The audience was very attentive during both presentations¬¬¬ and asked a lot of excellent questions in the Q&A session that followed. Nearly every patron purchased a book from Mike and myself, so we spent several minutes chatting with our future readers, while personalizing and signing their books.

Next up is a much different format for a book signing. This one takes place next Saturday on September 17th, beginning at 1 p.m at the Mysterious Galaxy Bookstore. It is located at 5943 Balboa Avenue, San Diego, California. At this signing, there will be twenty authors. Each will have just a few minutes to speak about his/her books. With so many authors represented, we are expecting a much bigger crowd than yesterday.

Exciting Times Include My Piano Performance!

On a related note, I am also pleased to announce my very first book signing and concert has been scheduled. It will take place on Sunday, November 13, 2016 at 1:30 at the Carlsbad Dove Library, located at 1775 Dove Lane, Carlsbad, California. The auditorium seats over 200 people and the media will be invited. I have the Amateurs Pianists of San Diego to thank for sponsoring this event.

Originally, my publicist and I had been discussing my performing one or possibly two compositions, which I felt I could manage. However, once this event had been agreed upon, my publicist informed me that the Amateur Pianists group was expecting about forty minutes of concertizing. My heart skipped a beat since the longest I’d ever performed before had been twenty minutes at most. 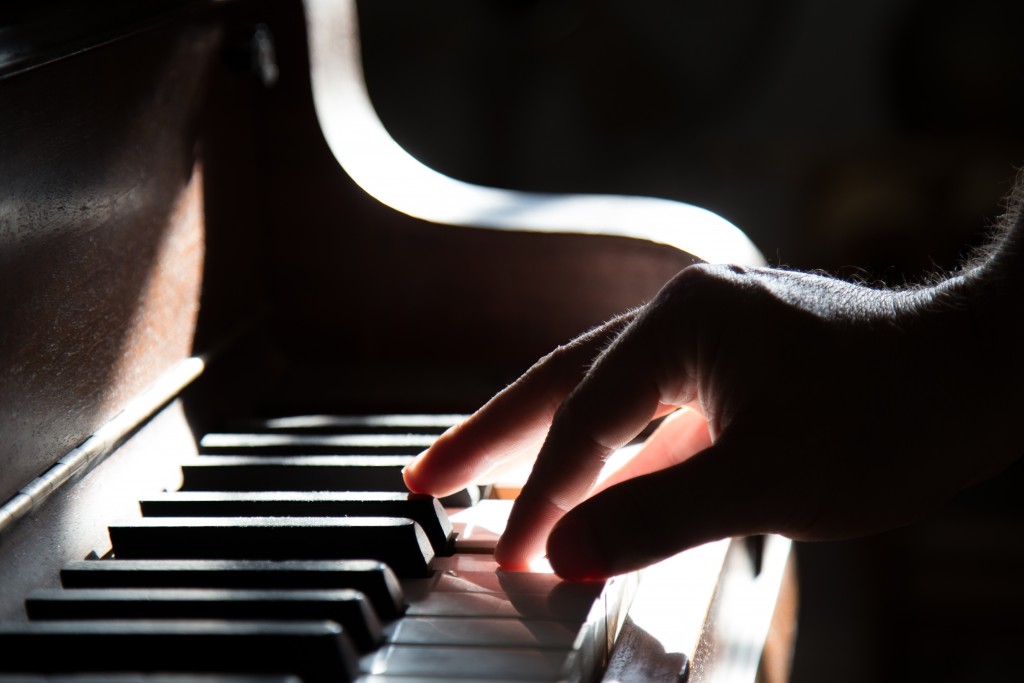 Naturally, they want to know what pieces I’m performing, so they can include it in the program. Well, I have been working on Chopin’s Quatrieme Ballade, which should take around 12-13 minutes to perform, or about one-third of the playing time expected. Although I’m in pretty good shape on the last half of that piece (since I’m working back forwards), I still have another 7-8 pages to master and memorize. Of course, this is an extremely difficult ballade (even for professional pianists), so not only is my heart skipping a beat or two, it is beating far more rapidly than normal.

To make matters worse, I figured “amateur pianists” actually meant “amateur pianists.” Just to make sure, I accessed “Amateur Pianists of San Diego” on Youtube and started listening to some of these “amateurs” play. Well, let me tell you, they are not what I would call amateurs. Rather, they sound like professional pianists to me and I think I have a pretty good ear to distinguish the difference.

Or, Is That Terrifying Times?

Now, playing in front of amateurs is frightening enough, but playing in front of professional pianists masquerading as amateurs is enough to drain one’s blood. Amateurs don’t generally play pieces as fast as professionals. Amateurs occasionally make mistakes and may even accidentally forget a few passages or worse yet, lose their way in the middle of piece. Now for me, 12-13 minutes for one composition is a long time, and I fear that an awful lot can go wrong during that much time. On top of that, imagine if there is a journalist from a local newspaper who only listens to professional musicians. What is he/she going to write? I may be find myself being crushed by a critic; and if that happens, I’ll probably never perform again. In fact, I’ll probably never go out in public again. I may even have to change my name and appearance.

That still leaves 27-28 minutes of playing time to fill. I’ve got Liszt’s Un Sospiro down pretty well—that’s probably four minutes. I can do a Chopin Etude that may last three minutes. O.K., half way home. So, how to fill the remaining twenty minutes? Well, I can play any number of pieces fairly well with sheet music, but memorizing another twenty minutes worth is going to take some work! And, these have to be pieces featured in my book, to boot.

So, after due consideration, I have decided to close my law practice for two months. I will devote eight hours a day practicing the piano, and then maybe, just maybe, I will avoid completely humiliating myself in Carlsbad. Okay, that may be a bit too drastic. I figure if I can find two hours a day to practice the piano (something, quite frankly, I have never done in my life), then maybe I can try to skate through the event.

The alternative will be to hire a professional pianist to pose as me; then all I will have to do is get him to memorize my book presentation.

Yes, that may be a far better solution. 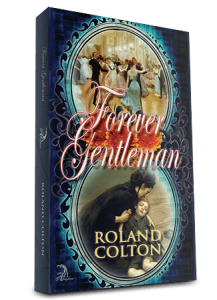