The Inspiration of Dreams 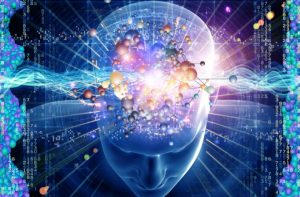 This may seem like a strange topic for my blog. But it shouldn’t, since we all dream. If you’re like me, most dreams are forgotten before they’re remembered. A tiny percentage of dreams may linger on for a short time, but generally fade away forever. In extremely rare cases, a dream may become imprinted indelibly in our memory.

Like most of you, I have had the typical dreams: finding myself naked in public, my legs weigh a thousand pounds when I’m fleeing for my life, and much more pleasantly, being able to fly. There have actually been times when a dream has inspired me or imbued me with confidence that I was lacking. This blog addresses the latter topic.

In Little League, I was a pretty good pitcher on a very bad team (we went 6-12 my final season). After that, I didn’t pitch again until the summer before my junior year in high school (American Legion), and I had zero confidence in my ability to pitch. I remember my first start; I got through the first inning allowing only one run, but then was removed in the second inning with the bases loaded and none out. I may have pitched an inning or two after that in a couple of games—honestly, I don’t remember any more. But what I do remember is a dream I had that summer. In my dream, I was standing on the pitching mound, throwing the ball with power and purpose and in control of the game. It was in the late innings and my team was ahead by several runs and the other team had yet to score. In disbelief, I realized I was pitching a shutout and in another four of five outs, the game would be over and my team would win. Even today, I remember the confidence and joy I felt when I awoke from the dream. But I also remember, just as vividly, how the confidence and joy was swiftly replaced by a mournful wistfulness once reality set in: “Oh, if only that were true.” It seemed utterly impossible. The dream and associated impressions were soon forgotten, or so I thought.

Fast forward to my junior year in high school. I was on the mound, deep into a game. I’m not exactly certain what the score was, but we were on top by something like 3 to nothing. It must have been the sixth inning or so (our games only lasted seven innings), and everything was going better than I’d ever imagined. The pitches were being thrown to the proper location, the curveball was breaking better than usual and my team was playing superb defense behind me. I was, in reality, pitching a shutout, and suddenly the dream I’d had a year or so before, returned forcibly¬¬ to my mind. I was living the dream! Not only that, I was brimming with confidence and on the brink of accomplishing something I never had believed possible. I realized that our team was going to win and that, yes, I would pitch a complete game shutout—something I had never done before, not even in Little League. With the reminiscence, my confidence swelled as each succeeding batter was retired. As the last batter struck out, I remember my catcher walking up to me with a huge grin and giving me a hearty handshake, and then soon feeling the slap on my back from other members of my team. It wasn’t a perfect game or a no-hitter, but it was a huge confidence builder for me. The rest of my junior year went reasonably well, but it was during my senior year that I became the pitcher I had always dreamed of being (pitching several more shutouts, including a one- and two- hitter) and was fortunate enough to receive the attention of a Division 1 University and an offer of a baseball scholarship. In hindsight, I believe the dream had a subliminal effect on my psyche, and helped instill confidence that I could accomplish the seemingly improbable.

A similar experience happened to me early on my legal career. A short time after I passed the bar exam, I found myself in a trial (a case that I had inherited which had been in litigation for years). Having turned down offers of working for large firms, I had decided to embark on my own as a solo practitioner. Thus, I had never really been trained as a trial lawyer by seasoned trial attorneys; my only “trial” experience was a mock trial I conducted during law school (an hour or two long with classmates as jurors)—obviously of negligible benefit. While I had always wanted to be a trial lawyer since starting law school, that desire soon abandoned me shortly after my first trial started. I found myself feeling overwhelmed and unprepared for the task, and by the second day I was feverish. I remember objecting and the judge telling me: “Overruled on those grounds”—a signal I interpreted to mean: “Figure out the right grounds, dummy, and I’ll sustain your objection.” After each court day, I would adjourn to the law library, often staying until the library closed, trying to learn from the day’s proceedings. The three-week trial was an excruciatingly painful process, but somehow I managed to get through it and the result was surprisingly good despite my lack of experience. But, all dreams of becoming another “Clarence Darrow” had vanished. I vowed to avoid future trials like the plague.

Despite my vow, I found myself in trial a year or two later; it was another hellish experience, albeit not quite as bad as the first go-round. It was some time after the second trial that I had another dream. In this dream, I was standing before a jury making my closing argument in my case. Not only were the words flowing with facility, but I had command of the facts and law. In my dream, I knew from the jurors’ feedback that I was going to win the case. It was a feeling of euphoria and when I awoke, the feeling lingered for some time. I remembered wishing again: “If only it were true! How wonderful that would be.” Once again, the dream faded as I discarded the ridiculous notion.

Anyway, a year or two later, I was standing before the jury in the middle of closing argument. The words came to me freely. I felt confident and self-assured. I remember seeing subtle nods of the head from some of the jurors as I made my points. The realization came to me that my client would be victorious and it was a wondrous feeling. At that instant, the dream returned, and I marveled that my improbable dream had become a reality. Ultimately, instead of dreading trial I came to look forward to it and have had the good fortune of trying many more cases over the years.

Since then (based upon the above incidents and other similar experiences), I have often wondered if it was my subconscious sending me a message or if the dream’s origin emanated from some external source. Perhaps someday, we’ll discover the answer to this and other of life’s mysteries.