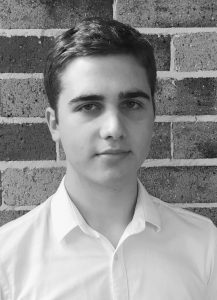 Nava is an 18-year-old multi-instrumentalist, composer and music technologist who is currently studying at the Queensland Conservatorium, Australia. He was first introduced to the world of music in 2010; piano lessons were his birthday present that he really loved. In only a short few years, his natural affinity for the instrument has led him to create a respected name for himself amid the Queensland piano scene. Receiving a mark of 98 for his Licentiate in Music diploma, Nava’s performance highlights including a string of annual appearances at the Yamaha Keyboard Festival and performances as soloist at the Brisbane Convention & Exhibition Centre alongside Queensland Ballet.

Given his early exposure to the music technology, and specifically, the performance and programming capabilities of MIDI, Nava’s personal projects include arranging expansive medleys from the soundtracks of his favourite movies. In 2017, Nava won the international remix competition hosted by electronic music icon Moby, for his song ‘Are You Lost In The World Like Me?’.The remix was released on 12” vinyl via New-York-based label Little Idiot, alongside remixes by Blanck Mass and Moby himself. Nava also enjoys writing for film, with scores for several animations as part of the Queensland Music Festival, as well as his music being featured in the upcoming short documentary entitled ‘8-Bit Domination’, which is centered around the Australian chiptune & 8-bit music scene.

Besides his passions in music, Nava enjoys playing chess and is a fan of the fantasy genre of films. In the future Nava hopes to become a full-time film and game composer, incorporating his classical roots with electronic music influences. To see more of his work, go to his YouTube channel at the following link: https://www.youtube.com/user/navathepianodude/.