Leading up to the Book Launch — Two Weeks Away! 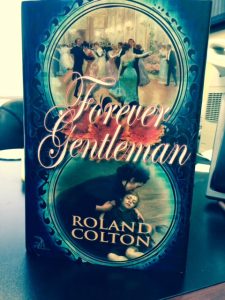 Today, I received from the publisher the hard cover edition of my new novel, “Forever Gentleman,” which will be officially released on July 11, 2016. For a first time author, it was a great thrill to hold in my hands the very first published edition of my novel. It’s been an exciting journey ever since receiving a book contract from the publisher last fall. I have thoroughly enjoyed every step of the way.

First Step of the Journey: Editor

The first step in the journey was working with the editor, Erin Willard. She was a delight to work with. During our first conversation, she asked me to share the story with her—obviously in a condensed version. Forty-five minutes later, she called it a “wonderful story” and told me she looked very much forward to reviewing the manuscript. A few days later, she sent me a very complimentary email, stating that she found the “writing and epic story elegant, engaging and addictive.”

It took Erin several weeks to go through the entire novel. When I received her proposed edits, I wasn’t sure what to expect. I had heard horror stories from authors who had been left with a book that bore little semblance to their original manuscript after the editor had finished taking scissors to each page. As I started going through Erin’s edits, I was pleased to see that the story remained intact and that nearly every proposed edit amounted to an improvement. I was particularly impressed that Erin even researched the use of words, phrases, and certain events depicted in my book, making sure they were period-appropriate for 1869-1870 London (in one case, I had included art in a London museum that didn’t arrive until ten or so years later, something I missed despite my extensive research). It was a pleasure working with her and her contributions made the book better.

The next step was receiving and reviewing the “galley proofs,” which were prepared in the font, style and pages that would ultimately appear in the printed version. For me that was also exciting, to see how the story would look to the reader who holds the book in his or her hand. It was enjoyable to re-read the newly-edited version from beginning to end for truly the first time. When I was writing the book, I would focus on the current chapter I was writing, while cognizant of the overall plot and theme, but this was really the first time that I had read the book from beginning to end in a near-final version. I also had to read each word carefully, making sure that there were no typographical errors. Now, part of Erin’s task was to catch typos from the manuscript, but the publisher insisted that I take another careful look, realizing that two eyes are better than one. Despite her excellent editing, I did discover a few more typos. After advising the publisher of the corrections, I received another proof and compared my edits with the galleys. Now, it was ready!

The next process was creating the book cover. That was a fascinating process, which I have already chronicled in one of my past posts: “In Search of the Perfect Cover.” Once the cover was completed, then I realized we were close to getting the finished product ready. But, before the book could be released, we needed to send the book to review publications in order to hopefully obtain some positive reviews to help generate interest in the book. That process required delaying the launch for about four months. Anticipating the first review was an exhilarating experience, which I have also written about in a past post: “Anticipating for the First Review.” I’ve been fortunate to receive some positive reviews for the book and hope that the readers will concur. 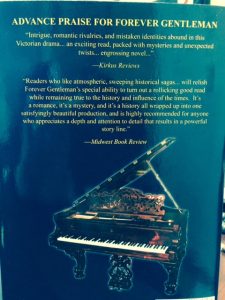 Two Weeks Away From Launch

So, here we are, two weeks away. I’m aware of a surprisingly large number of people who have already pre-ordered the book from Amazon or Barnes & Noble—I have my lovely wife to thank for much of that, she has been an amazing ambassador for the book, referring it to all of our friends and acquaintances, including many of her patients. I’m anxious to hear from them about their experience in reading the book, hoping they will post reviews online.

I would like to persuade Amazon and Barnes & Noble to only publish five-star reviews, reminding them how fragile a new writer’s ego is. However, I have been told that they have a brutal policy of publishing anything that a book purchaser posts. So, dear reader, please, please go easy on this fragile first-time writer’s novel. If you find it utterly unreadable, do not… I repeat… do not be cruel; rather, be gentle and nice, please. And, don’t you dare write a review until you have read the entire story—because you will find the best yet to come—and, you will only be missing out on a rousing finale! Most importantly, no “spoilers!” As you will find, the book has many shocking twists and turns, and it would be a shame for a future reader to be denied the roller-coaster ride that my story entails.

It is quite a commitment to devote the time it takes to read a novel (especially one of 470 pages), so I can only thank you, in advance, from the bottom of my heart, for taking the ride with me. Know that I enjoyed the process of writing this book immensely. The characters came alive to me and behaved and interacted as though they were real, and the story evolved accordingly. I suppose most authors experience this as they create the actors for their plot, but it was a new and wonderful experience for me.

When the book is released in two weeks’ time, I will be with my family in France, so the book tours/signings will be delayed until my return. However, the publisher has asked me to participate in blog tours while we are abroad. I’m looking forward to the process of connecting with many of you online. But, I’m looking even more forward to the privilege of meeting my readers in person as we begin our tour, once I return. And of course, some of you might even get a concert, provided you are not familiar with Chopin’s Quatrième Ballade (please see my post: “Learning Chopin’s Quatrième Ballade,” if you find this last remark perplexing).

I hope you enjoy the story!