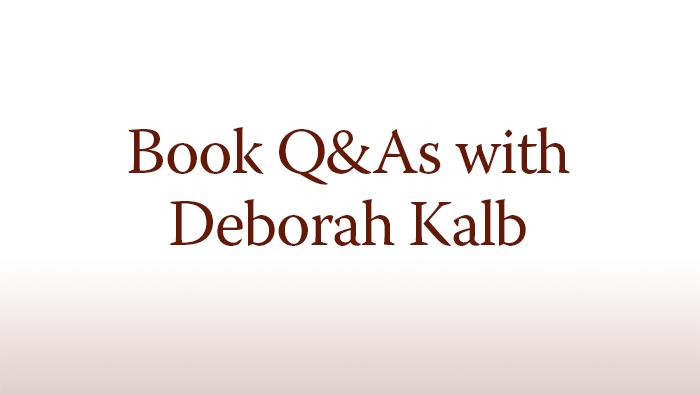 Roland Colton is the author of the novel Forever Gentleman. He is a litigator and trial attorney, and he lives in Southern California and in France.

Q: How did you come up with the idea for Forever Gentleman, and for your character Nathan?

A: As an amateur pianist with a passion for classical music who also loves to read great literature, I have often lamented the dearth of novels in this genre.

Several years ago, a story began to take form in my mind that centered upon a gifted young pianist in Victorian England. I wanted the story to take place at a time when classical music was celebrated and when there was a proliferation of brilliant composers. It was also important to me that the story coincide with the advent of the modern piano and creation of some of my favorite compositions.

I have always been intrigued by a world where great beauty and brilliance could exist in the midst of property and misery. I imagined what it would have been like to have lived in both worlds, as does Nathan in the story. As a lifelong pianist, Nathan’s character was an extension of myself in some respects, and in the book he performs some of my favorite pieces.

Q: What kind of research did you need to do to write the novel, and did you learn anything especially surprising ?

A: I devoted a great deal of time to research in my writing my book—easily 1,000 hours or more.

As the plot began to germinate in my mind, I wanted the voice to be reminiscent of 19th century authors, so I immersed myself in novels from that era.

I also wanted to create realism involving concerts, plays and other events which the characters attend. I had the good fortune of locating weekly periodicals for 1869-70, including The Athenaeum and The Musical Word (which I discuss in the Author’s Note at the end of my book), that not only provided the concert programs, but also identified the performer and critiqued their performances.

I was also fortunate to acquire old maps of London to ensure that the boroughs, locales, and streets were properly named for the years that my story takes places, such as Weller’s Map of London 1868.

One especially valuable tool was Claude Booth’s Descriptive Map of London Poverty 1889, which graphically portrays, by color, the London streets according to their economic status, from the lowest class to the upper class. These maps were instrumental in identifying the economic areas where events took place and navigating Nathan through the streets of London.

Another marvelous resource tool was The Victorian Web, which helped me to describe street vendors, food offerings, street sweepers and a host of other facts necessary to help depict London as it was a hundred and fifty years ago.

Many surprising discoveries came to me during my research.

I learned that the duration of concerts in Victorian England was nearly double that of today’s fare—often lasting four hours with multiple symphonies, concertos, etc.—which makes perfect sense, inasmuch as people from that era could not instantly listen to their favorite recording at leisure, as we can today.

I was also surprised how street vendors supplied fast food to the masses that was widely considered quite delicious, fresh and inexpensive.

Q: Did you know how the novel would end before you started writing it, or did you make many changes along the way?

A: That’s a great question. I remember having a general idea of the plot, which I shared with close friends during a dinner one evening (I might add, monopolizing the entire night), before I had written a single word.

The enthusiastic feedback from my listeners helped spur me to begin putting on paper portions of the story—beginning with scenes that I would love to have read or observed in a book or movie. Ultimately, the ending of my novel was similar to the ending I shared with my friends.

However, as I wrote the book, I spent a great deal of time following strands of alternative endings. In fact, as I wrote the pivotal chapter in the book, I imagined the events in real time and how they would unfold—I was prepared to follow the path, wherever it led, that made the most logical sense given the dilemma facing Nathan, including his affections, pressures, and character.

Q: What do you hope readers take away from the book?

A: First of all, and especially with the music e-Version, I hope readers will be able to travel back in time and enjoy a great story. I have often felt transported back in time, while reading a novel by Dickens, Hardy, Gaskell, or other 19th-century authors. Their descriptions and dialogue are, of course, period-perfect and completely authentic.

My goal was to make the reader’s experience even more immersive, by adding the element of music. Many people have shared with me how listening to the music in the story greatly enhanced their overall reading experience.

While many of the compositions referenced in the book are well known, sadly, other beautiful works have all but disappeared from the concert stage. It would give me great pleasure if Forever Gentlemaninspires readers to search and discover some of these abandoned compositions.

Q: What are you working on now?

A: I have just completed the final edits (before submission) of my second novel, entitled Baseball Immortal. My new novel highlights another passion of mine—my love for the sport of baseball. Baseball fans have long wondered how some of the all-time great superstars from the past would fare in today’s game. Well, my novel answers that question… or does it?

Is the man who wakes up in a present-day Georgia hospital, after suffering a nearly fatal hit-and-run accident, truly the legendary Ty Cobb (who has been inexplicably transported forward in time), or is he a man suffering from severe psychosis and delusions of grandeur, who has usurped Cobb’s identity as his own?

The story begins in 1911, with the Detroit Tigers on the wrong end of a humiliating 12-run deficit, only to see them manufacture the greatest comeback in baseball history due, in large part, to the heroics of Cobb.

The reader is immersed into the sights, smells and sounds of the ancient game, played at the speed of light (compared to today’s game), brimming with guile, passion and intensity, while observed by rabid fans overflowing onto the field, kept at bay by mounted policemen.

Soon, the story switches to the present day, where an accident victim with a mangled face and severe brain injury regains consciousness, claiming to be the legendary Detroit star. Insistent that his face be reconstructed in the likeness of Ty Cobb, the accident victim is befriended by an attractive female sports journalist, Savannah Cain, who’s looking for a unique sports story perspective.

Whisked away to the South Carolina farm of her older brother (a former All-Star pitcher), just hours before commitment to a psych ward, Cobb recuperates and eventually demonstrates startling baseball talent. Cobb ultimately hooks up with a major league team and what transpires is a baseball season on steroids, as Cobb’s second coming transforms the game of baseball.

A sport that is too often described as “boring” by the masses, becomes anything but when Cobb is present. As the season unfolds, Savannah also begins to uncover clues that cause her to believe that Cobb is actually Chase Ripley, a supremely talented college player who disappeared approximately the same time as the hit-and-run accident.

The mystery of Cobb’s true identity is revealed in the book’s closing pages.

Q: Anything else we should know?

A: Promoting Forever Gentleman had the unanticipated blessing of returning me to the keyboard far more than had been my norm in many years. I have had the pleasure of doing book signings/concerts in a number of venues, sharing excerpts from my book and also performing some of the compositions played by Nathan in the book.

I always wanted to learn Chopin’s Quatrième Ballade, but considered it a piece beyond my modest skills. Nevertheless, at my publisher’s prodding, I decided to attempt to learn the piece, described by consummate pianist John Ogden as “… the most exalted, intense and sublimely powerful of all Chopin’s compositions… It is unbelievable that it lasts only twelve minutes, for it contains the experience of a lifetime.”

I have had the pleasure of performing that piece (and others in the book) before very forgiving audiences. We had planned on doing book signings/concerts in other foreign venues, including London and Paris, during the coming summer, though regrettably that will have to be postponed until the pandemic runs its course.